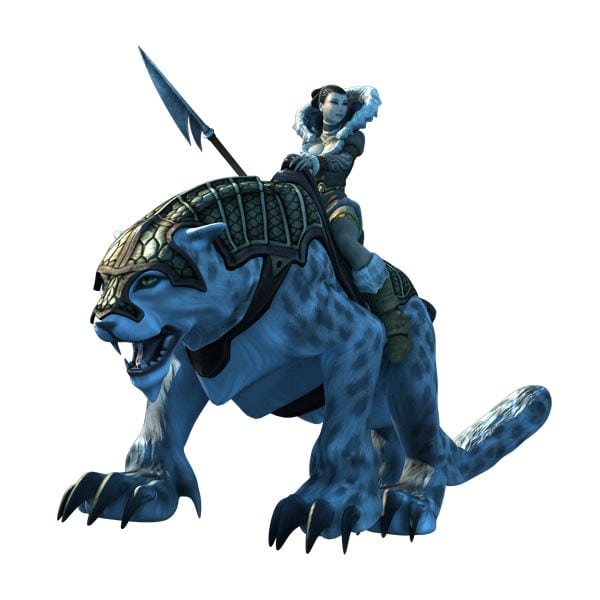 When Asatchaq held her daughter for the first time, she saw in the infant’s blue eyes a calm and endless sea, brimming with life. She named her Sedna, after the old woman of the sea, and told her sisters that the child would one day become the tribe’s angakkuq — its spiritual caretaker. Koomuk, the current angakkuq, smiled outwardly at the suggestion, but was troubled. He, too, saw in the child’s face a strange abundance of vitality. Coveting his singular position among the Elders, he resolved to keep an eye on the girl, in case she should one day attempt to take his place.

Koomuk’s anxieties fell away almost as soon as Sedna could walk and talk, as the girl quickly proved both mischievous and aloof. Her mother and aunts made every effort to contain her, but inevitable moments of distraction always ended with the frenzied dispatch of a search party, followed some hours later by the return of the girl (on her own, usually from the opposite direction) and lots of lectures about the dangers of the world outside the snow shelter. “Girl, you’ll be eaten by a polar bear before you’ve seen ten summers!”

That kind of strange talk, and the girl’s increasingly frequent forays beyond the frozen hills, set her completely apart from the rest of the tribe. She would have been a total outcast, were she not also the most beautiful and generous creature in human memory. Nobody, not even the frostbitten searchers who came back to camp to find her sitting happily by the fire, could stay angry at her. She was a pure thing, perfect and blameless, like the fox or the killer whale.

One night, Sedna warmed herself by the cooking-fire and hummed while her mother prepared dinner. Asatchaq skinned a hare and tossed it into the pot to boil. Wiping off her hands, she saw that Sedna’s attention was transfixed by the pot and its contents. “Mother, isn’t the snow-hare filled with the same anirniq that gives us breath? It seems wrong to preserve our own lives by robbing the snow-people of theirs.”

“They’re not all that different from us. Some are much nicer, really.” Sedna looked thoughtful for a moment. Then she extended her hand above the boiling pot and closed her eyes. Suddenly, a live, fur-covered hare sprung from the vessel and bounded out of the snow shelter. When she was done screaming, Sedna’s mother begged her to explain how she had done it. “I don’t know,” Sedna said, as though her mother were the weird one. “I just gave it some of my extra breath.”

Sedna was immediately dragged before Koomuk, the angakkuq, who silently cursed himself and wondered what new trouble the girl had gotten into. Explaining what Sedna had done to the hare, Asatchaq insisted that Koomuk take Sedna under his wing, to teach her the rites and to help her learn some of his great wisdom. Flattered, Koomuk remained hesitant: “Well, the girl may not have the requisite discipline. After all, she–”

“I like Koomuk, but I have nothing to learn from him,” interjected Sedna. There was a moment of shocked silence.

“How could you say such a thing before a holy man,” cried her mother. “Oh, Koomuk! I am so sorry that I brought this ungrateful–”

“Koomuk isn’t holy at all. He wouldn’t sacrifice so many of the snow-people if he could really see the anirniit within them.” And then Sedna wandered away, following some new thought.

Koomuk’s heart filled with undying hatred for the girl.

The years passed, and Sedna grew into a beautiful woman. Able to take care of herself, she sometimes spent weeks in the faraway lands under the Aurorae, beyond the white horizon where monsters were said to dwell. Hunters sometimes crossed paths with her, and they told stories of how she had been seen talking to wolves, walking among the caribou, and once riding upon the back of a great leopard (this last story was universally dismissed as the result of imprudent mushroom sampling on the part of the teller).

Returning from one of her wandering journeys, Sedna came upon one of Koomuk’s sacrifices, the great gutted hulk of a killer whale. She wept, for the whale had been dead too long to be revived. Koomuk cut big slices of blubber out of the carcass with a long, curved spear, and looked on Sedna with a contemptuous sneer. “It has been a poor hunting season. The gods demanded a special sacrifice,” he explained. The other tribal elders, standing around the angakkuq, nodded in agreement.

“What do you know of the gods?” Sedna could barely contain her grief. “It’s one thing to act as if you can hear them, but to say that they demand murder is blasphemous!”

“Blasphemous?” cried Koomuk. “You speak of blasphemy? You, who question the holy rites and practice sorcery?” Looking around at the other elders, his voice rose. “Perhaps the hunt has thinned because of this evil girl’s presence among us! Perhaps it is she who should be offered to the gods!”

Koomuk had orchestrated the moment perfectly, having poisoned the elders against Sedna with years of small, dark lies. The elders looked on passively as Koomuk approached Sedna, still brandishing his ceremonial spear. Sedna stared at him with disbelief, shaking her head. “This is beyond even you, Koomuk. You know I have no desire to take your place.”

Koomuk reddened at the insinuation, and shouted as he thrust his spear into her breast. The girl made no sound. She dropped to her knees.

A growl came from the snow-fog behind her, and from it burst a gigantic leopard. Twice the size of a bull caribou, it fell upon Koomuk, who shrieked as it clamped its jaws around his skull. The scream ended suddenly with a sound of crunching bone, and the leopard released the shaman, his broken body flopping over in the snow. The elders tried to get behind one another in a mad scramble to escape the great cat, but the beast turned to Sedna, who kneeled in a circle of red snow with the spear still inside her.

She raised her head to look with kindness upon her friend. “Sila, you should not have done that. I will be fine.” Wincing, she clutched the handle of the spear and pushed it through her body. When the weapon finally dropped into the snow, her cat approached and licked the gaping wound. A blue aurora-light surrounded her, and waves of warmth radiated from her kneeling form to wash over the elders and the dead angakkuq. When the light finally faded, she stood up slowly. There was no mark on her chest.

She walked over to Koomuk’s prone form and held her hand above him. With a start, he breathed once more. Seeing the giant leopard, he squealed and scrambled into the nearest snow shelter. Sedna turned to the elders, who still quaked together in a terrified pile. “When he returns to his senses, tell Koomuk I will not return.”

Picking up the spear, Sedna mounted Sila. They never looked back.